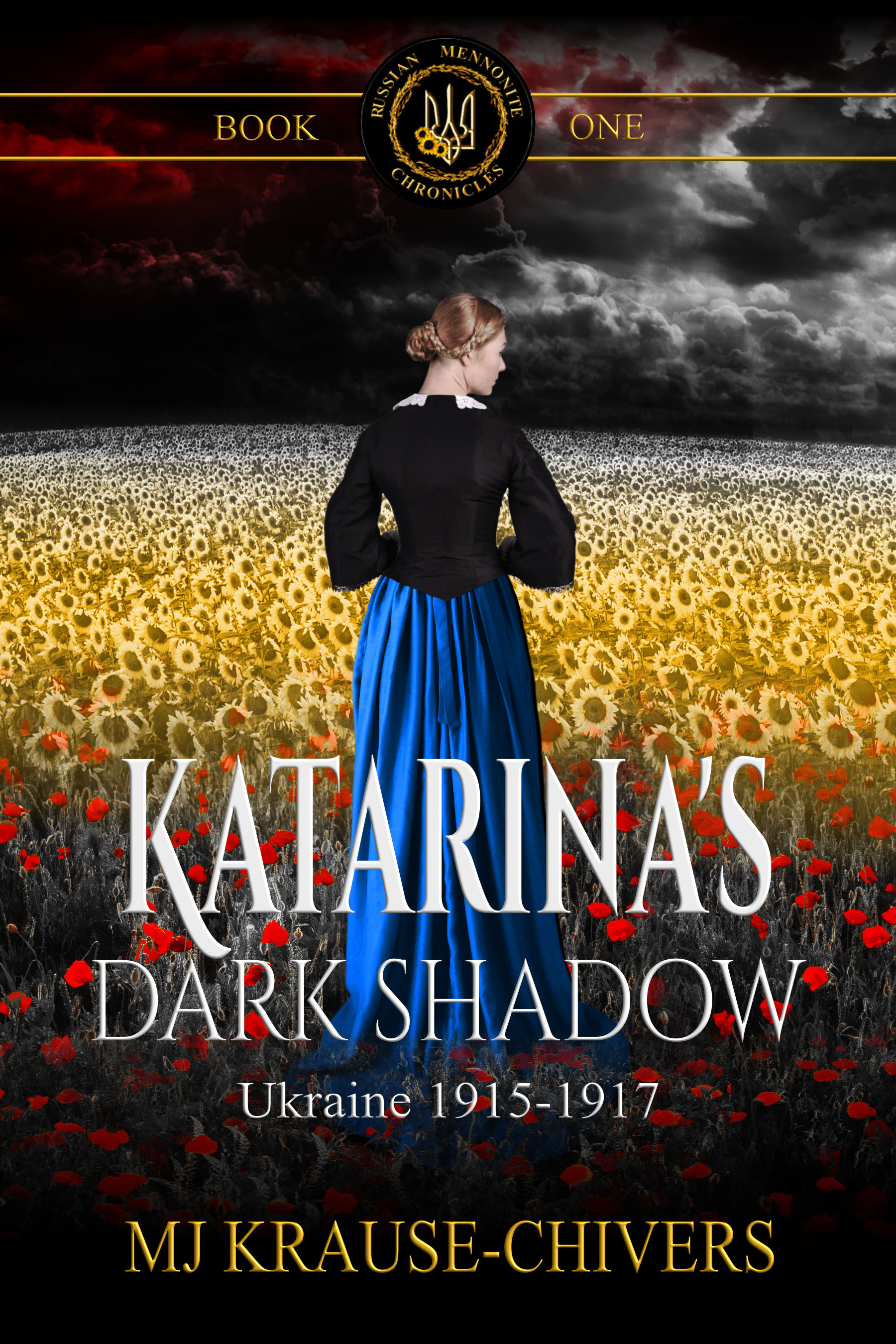 Please note. There are currently two different covers in the marketplace for Katarina's Dark Shadow as it takes time to update each site. But the book content is the same.

New cover for Katarina's Dark Shadow featured above. Some sites may continue to show the old cover, but the book is the same.

FIRST CAME THE HORSES. THEN CAME THE FIRES.

THEN THEY CAME FOR US.

Four countries. One Family. One Faith.

Wars and rumors of war.

One mother and two sons separated by trauma and war. Will they find each other?

READ the untold true history of a people that time forgot. Discover the facts hidden behind the iron curtain for decades.

Now is the time for the truth to be told and souls to be healed.

Prepare to be amazed.

Russian Mennonite Chronicles is an suspenseful war-time saga set in southern Ukraine during the Russian Civil War (1917-1922). The tragic journey of Katarina and Anna will tug at your heartstrings and introduce you to a history that you never knew existed.

In 1918 the World War was ending, but the Russian Civil War had just begun. In Ukraine, the peace-loving German Mennonite colonies never anticipated that their quiet, traditional communities would soon be turned into a violent war zone.

1915-1917: At fifteen, Katarina has high hopes for her future. By seventeen, the winds of war have dashed her day-dreams and the sinister harbinger of a black stallion haunts her nights. While others grasp to the security of tradition, the pressure to conform weighs. Katarina has one chance to change her destiny. Will she take it or risk her future in the land of her birth?

But life is never so simple. A rogue player with a black flag roams the steppes and he’s raising a militia that’s determined to cleanse the land of German Mennonite blood. Loyalties are questioned and intolerance increases.The ultimatum to fight or flee becomes a decision of conscience for the colonists.

In the ensuing chaos, Katarina and her pregnant, married sister Anna face harsh realities which force both to evaluate faith and tradition. Change is coming. And the future is uncertain. But what that looks like is anyone’s guess.

It’s wartime. Anything could happen.

1951: (Germany) Peter makes a chance discovery of Katarina’s diaries and learns shocking secrets of his mothers’ terrifying ordeal during the Russian civil war and a shattering revelation about his own history. Haunted by unresolved grief, he searches for connection and closure to the past.

For the readers of The Girl with the Silver Star and Tears of Amber, Russian Mennonite Chronicles portrays the gut-wrenching story of a son and the extraordinary sacrifices of two sisters to find safety during the darkest days of Ukraine’s history.

Get updates & Freebies. Don't miss anything.