We Are Quiet No More 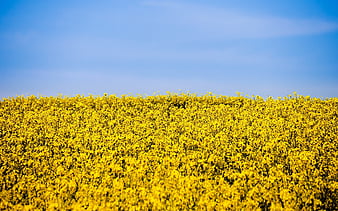 Most have never heard of the Russian Mennonites. The term Mennonite is in itself a conundrum. Is it a religion or a culture? The history of this unique people group holds the answer.

I wrote the following article for JaimeePifer's blog, so I'm reposting it here. She's also written an amazing book about this history. Be sure to check out her work at https://jaimeepifer.com/we-are...

WE ARE QUIET NO MORE

The recent atrocities in Ukraine has woken us to Russia’s troubled past. For some (myself included), it’s a gut-wrenching reminder of our family history.

We – the Russian Mennonites – are the culturally distinct descendants of those who fled Lenin and Stalin’s ethnic cleansing of our German-speaking ancestors in Ukraine. We are now speaking about the impact of those awful years on our heritage.

This is a complex story that begins in northern Europe in the 1500s during the Anabaptist Reformation with Menno Simons – a Catholic priest turned Protestant reformer. Like Martin Luthor, he studied the Bible and rejected the Catholic doctrines transubstantiation and infant baptism.

The adherents to this Mennonite faith suffered religious persecution and fled to countries where they could practice their quiet religion, peacefully. Ultimately, this affected both their cultural and religious development.

Many are familiar with the Amish who left Switzerland for North America during the eighteenth century, or the Hutterites who fled Austria and Germany to Moravia, and eventually settled in Canada. But those sects are distinct from the modern Mennonites who came from Russia. Although these factions have the same religious roots, their practices differ widely today.

This article focuses on those European Mennonites who moved to Prussia (now Poland), then to Russian controlled Ukraine and eventually to North America.

These self-identified Russian, German, and Dutch Mennonites trace their roots to the Netherlands, Germany, and Belgium. Self-identification is often confirmed with curious searches through genealogical records and consanguineous family relationships. Socially, this provides validity of ethnicity and creates a sense of belonging within the group.

Even within this cluster, there are vast differences in social and religious conservativeness, and ethnic traditions due to church affiliation and/or emigration data.

During and following the Anabaptist persecution, these ancestors settled around the banks of the Vistula River near present day Gdansk. With their dike building and agricultural expertise, they transformed a swampy and mosquito infested territory into prime agricultural land that is still the pride of Poland today.

Over the next two hundred years, they developed a prominent reputation as honest business persons and agricultural landlords, but their religious beliefs kept them physically and socially separate from the Catholic masses. Eventually, these differences invited further persecution. When their conscientious objection to participation in war caused financial penalties from the Polish government, they sought freedom elsewhere.

Enter Catherine the Great – a German by birth. In 1784, after a lengthy war against the Ottomans, Russia needed settlers to redevelop farmland and stabilize the southern front along the Black Sea. With promises of self-government and freedom from conscription secured by the Empress, the Mennonites left Poland for the greener pastures of southern Ukraine.

Over the next hundred years, four hundred colonies were spawned from grass thatched houses as farms, businesses, and wheat fields flourished in the rich, black loam near the Sea of Azov and the Dnieper River.

But their segregated status was to become their undoing once again. After never assimilating into Russian culture, their common language was still their German-Dutch dialect called “Plautdietsch,” and few spoke Russian. This further alienated them from their Slavic neighbours.

After threats to end their military exemption status, concerns arose about the government’s increasing interference in their way of life. Seeking religious freedom, they looked west to North America.

In 1874, the first wave of Mennonite settlers from Russia arrived in Winnipeg, Canada. They would become known as the “Kanadier” Mennonites to distinguish themselves from the “Russlanders” who arrived in the 1920s. Today, those early descendents refer to themselves as Dutch Mennonites (but unrelated to the Pennsylvania Dutch Mennonites).

The Mennonites who stayed behind faced another generation of increasing strenuous relations with ethnic Russians. As political upheaval and working class protests challenged the Russian government, the German speaking Mennonites – with their self-governing status and loyalty to the Russian crown – became targets for local persecution.

When the World War ended and Lenin’s Bolsheviks rose to power, Ukrainians sought to secede from Russia. Civil war broke out on multiple fronts. Political and ethnic differences became amplified. And both the poor and successful Mennonites found their lives and property in peril.

Labeled as dissidents and foreigners because of their faith, assets, and German language, my grandparents watched anarchists and armies plunder and raze their villages, and torture and murder their loved ones. Employment disappeared, wealth was devalued or stolen, land expropriated, and gravesites violated. Ethnic cleansing actively played out under Lenin’s scorched earth policies. Starvation, famine, and disease took many.

After repeated and horrific attacks by the anarchist Black Army (led by Nestor Makhno) and equally gruesome assaults by the Bolsheviks, the Mennonites fled.

Once again, emigration proved the savior of the faith. Twenty thousand German speaking Russian Mennonites fled to the safety of North America. But between 1919-1921, Canada closed the doors fearing that their religious differences would cause cultural disruption. Those – like my grandparents – waited in displaced persons’ camps in Latvia or Germany. Many died without reaching the shores of freedom.

Those who stayed behind suffered through the Holodomor and gulags, or were exiled to Siberia and Kazakhstan. After WW2, the culture in Ukraine was destroyed.

It’s this distinct group that self-identifies as Russian Mennonites. These are the descendants of a traumatic and genocidal past with generational memories that parallel today’s atrocities in Ukraine. This recent Russian – Ukraine conflict is opening our ancient wounds and helping us speak, reflect, and mourn.

I grew up listening to the mesmerizing details of my German-speaking-Russian-grandparents’ terror-filled trek while chomping on traditional foods like roll kuchen, forma worscht, vereneki, and Kielke met schmaunt fat.

While immersed in clan and church activity, I heard the secrets hidden from the eyes of outsiders and watched the pain of intergenerational trauma manifest. The insular nature of our community kept us segregated and protected our forbears’ dark tales. Distrust of government kept us bound in fear. We needed to stay alert in case political winds shifted against us again.

Today, those who experienced the horrors are gone. But their stories keep our culture bonded. We are quiet no more.

Today, we grieve with Ukraine. We share our pain.

MJ Krause-Chivers is the author of Katarina’s Dark Shadow, the first book of the Russian Mennonite Chronicles series — a fictional saga about the struggle of the Mennonite women during the Russian civil war. As an award-winning Christian author, she has previously published multiple Christian publications under the trade name Miranda J. Chivers.

Her books are available on Amazon, Barnes & Noble, (Ingram Sparks).